Ann has corporate experience at Rockwell, Raytheon and Novell; and she has led her own consulting firm, created and taught in one of the first networking degree programs in Texas, and previously managed IT-related divisions and grants ranging $1-$20 million in community colleges in Texas and California. Prior to her current position, she was Vice President of Academic Affairs for Porterville College, responsible for all instruction at the college, and prior that she was a Dean at both Orange Coast College in California and at Collin College.

Among other things, Ann is known for effectively bringing together business and industry using a streamlined process to identify with them the knowledge, skills, and abilities (KSAs) they predict will be needed by "right-skilled" job candidates in the future. She then works with faculty to align curriculum such that those who complete certificates and degrees in IT have the knowledge, skills, and abilities that will make them readily employable in high-paying IT positions. Ann holds a PhD in Community College Leadership from Walden University, a MS in Computer Science from Florida Institute of Technology, and a BS in Math from Oklahoma State University.

Deborah Roberts serves as the Director for Workforce Program Development for Lone Star College in Houston, Texas. She is responsible for the development and management of a 10-step program development process for new and modified programs and co-facilitation of a system workforce council with 50+ representatives from each campus and area of study to ensure transparency and equality. In addition, she leads program evaluation efforts for all 65+ workforce programs. She builds relationships and engages industry partners for the purpose of focus groups and Performance Criteria Analysis (PCAL) to ensure students are learning the skills to make them employable and desirable to Houston employers.

Deborah holds a B.S. degree in Psychology from Sam Houston State University. She has more than 13 years of progressive project management and community college academic experience. Since joining Lone Star College in 2006, Deborah’s involvement in the workforce and continuing education, corporate training, and grants administration have focused on improving and streamlining practices to make workforce development efforts serve industry partners and students in the most effective ways possible.

Deborah’s efforts in workforce development have resulted in the creation, modification, and evaluation of dozens of workforce programs and professional development of hundreds of instructional and advising colleagues across Lone Star College and the state.

Helen Sullivan is the former Director of the Convergence Technology Center (CTC), funded by the National Science Foundation, and is currently a consultant evaluating technology education grant-funded college programs. In her former role with the CTC, she worked on numerous job skills validation efforts and mentored community college representatives on how to conduct these sessions at their colleges and implement their findings into their curriculum. She is a former Director of Information Management for Nortel Networks, overseeing large training documentation and training organizations. She has also been a technical writer and newspaper reporter and editor. Helen holds a bachelor's degree in Mathematics from the University of Texas at Austin and a master's degree in Communication, Media and Technology from Southern Methodist University.

Christina Titus came to Collin College in 2012 to work for the Networking, Information Security, Geospatial Technology Consortium (NISGTC), which was funded by a $20 million Department of Labor grant. She then was the Program Director for the Centers Collaborative for Technical Assistance (CCTA) NSF grant that ended in 2019. She is now the Program Director of the IT Skill Standards 2020 and Beyond NSF project. Her role is to ensure the success and quality of programs, while overseeing the day-to-day operations and timelines in collaboration with the Executive Director. Christina’s previous experience as Project Manager, an administrative assistant, a lab supervisor, and a payroll clerk, together gave her experience with managing projects and planning events. Christina holds a BBA in Marketing from Our Lady of the Lake University and an MBA in Management from Texas A&M Commerce.

Dr. Suzanne Ames is the Vice President of Instruction at Lake Washington Institute of Technology in Kirkland, WA. She supports more than 135 career and transfer programs in 41 areas of study, including, applied bachelor degrees, transfer degrees, and basic education for adults. Prior to this role, Suzanne served as LWTech’s Associate Vice President of Instruction where she supported international education, educational assessment, and baccalaureate degree development. Two of the bachelor’s degree included Computing & Software Development and Digital Gaming & Interactive Media. She is co-PI on two National Science Foundation grants.

Previously, Suzanne served as Dean of Instruction at LWTech, supporting Design, IT, Engineering, and Business programs. Prior to LWTech, she worked as the Director of Planning and Institutional Effectiveness at Skagit Valley College. Much of her background is in marketing and communications including Vice President of Advancement/Executive Director of the Foundation at Pierce College, Director of Marketing at the State Board for Community and Technical Colleges, and Director of Marketing and Communications at Cascadia College. Suzanne is an evaluator for the Northwest Commission on Colleges and Universities. She holds a doctorate in Educational Leadership from Fielding Graduate University, an MBA from City University, and two bachelor’s degrees in Communications and Political Science from the University of Washington.

Terryll Bailey is the President of The Allison Group, a Seattle consulting firm that specializes in workforce development research and evaluation.  She was the Co-Lead for the ICT Skill Standards developed by the U.S. Department of Labor National Skill Standards Board.

Terryll has designed and implemented workforce research and evaluation of projects for numerous organizations including the National Science Foundation, American Association of University Women, the Dallas Community College District Foundation, Boeing, Microsoft, and the Bonneville Power Administration. An external evaluator for the National Science Foundation Advanced Technological Education Program, she has led workshops for other evaluators through the NSF Evaluation Center at Western Michigan University.

Pete Maritato is the Academic Chair of Engineering Science, Cybersecurity, Architectural / Construction Technology, Electrical Technology, Drafting Certificate, and Fire Science programs at Suffolk County Community College (SCCC), Selden N.Y., one of the largest in the state of N.Y.  In addition, very active in various types grants focusing on enhancing / advancing the learning experience in the various departments listed focusing on regional and national workforce needs. Over the past ten years grant efforts focused on areas as increasing the number of non-traditional students in these programs, development, and implementation of workforce development in manufacturing programs, design/implementation of Cybersecurity degree, STEM scholarship, and mentoring to mention a few.  Professor Maritato holds a B.S.E.E. and Master in E.E./ minor in Computer Science from N.Y.U. Tandom (previously Brooklyn Polytechnic) School of Engineering. Has fifteen years of industry experience in the RF / Microwave communications field and thirty years in higher education with 25 years as academic Chair of the Engineering Science and Technology department.

Gordon Snyder is a past NSF ATE Center Director and Co-Director, past visiting professor at the University of Hartford, and currently a professor at Holyoke Community College in Massachusetts. He has authored four engineering and engineering technology textbooks and has over 34 years of engineering, technology, communications, and IT teaching experience. In addition to his teaching and work with NSF Centers of Excellence, he has served as the Verizon Next Step New England telecommunications curriculum leader and on several technology boards around the United States including the Microsoft Community College Advisory Council, the Massachusetts Networking and Communications Council and the National Skill Standards Board.

In 2001, he was selected as one of the top 15 STEM faculty in the United States by Microsoft and the American Association of Community Colleges and in 2004 was selected as the Massachusetts Network and Communications Council Workforce Leader of the year. 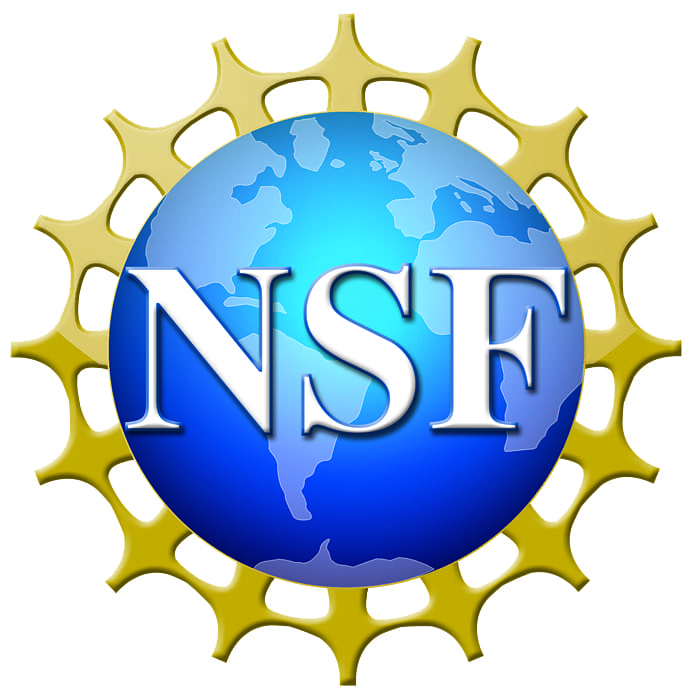