Two students from Collin College and University of North Texas presented posters for the Convergence Technology Center at the 2019 HI-TEC Conference in St. Louis, MO. 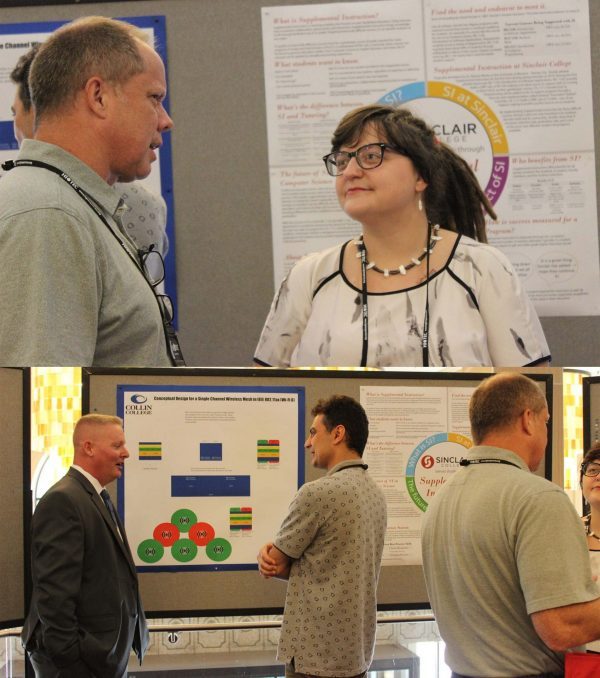 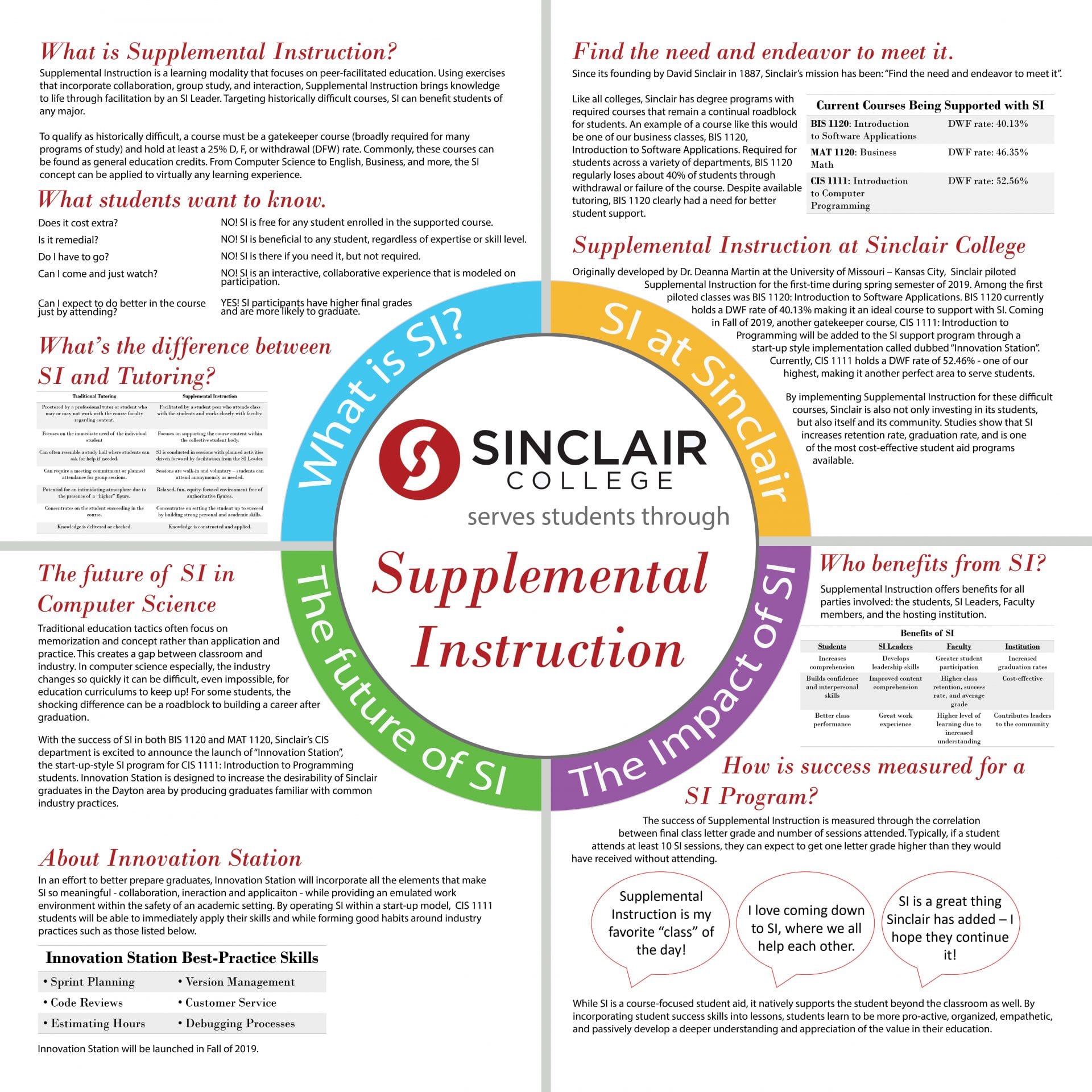 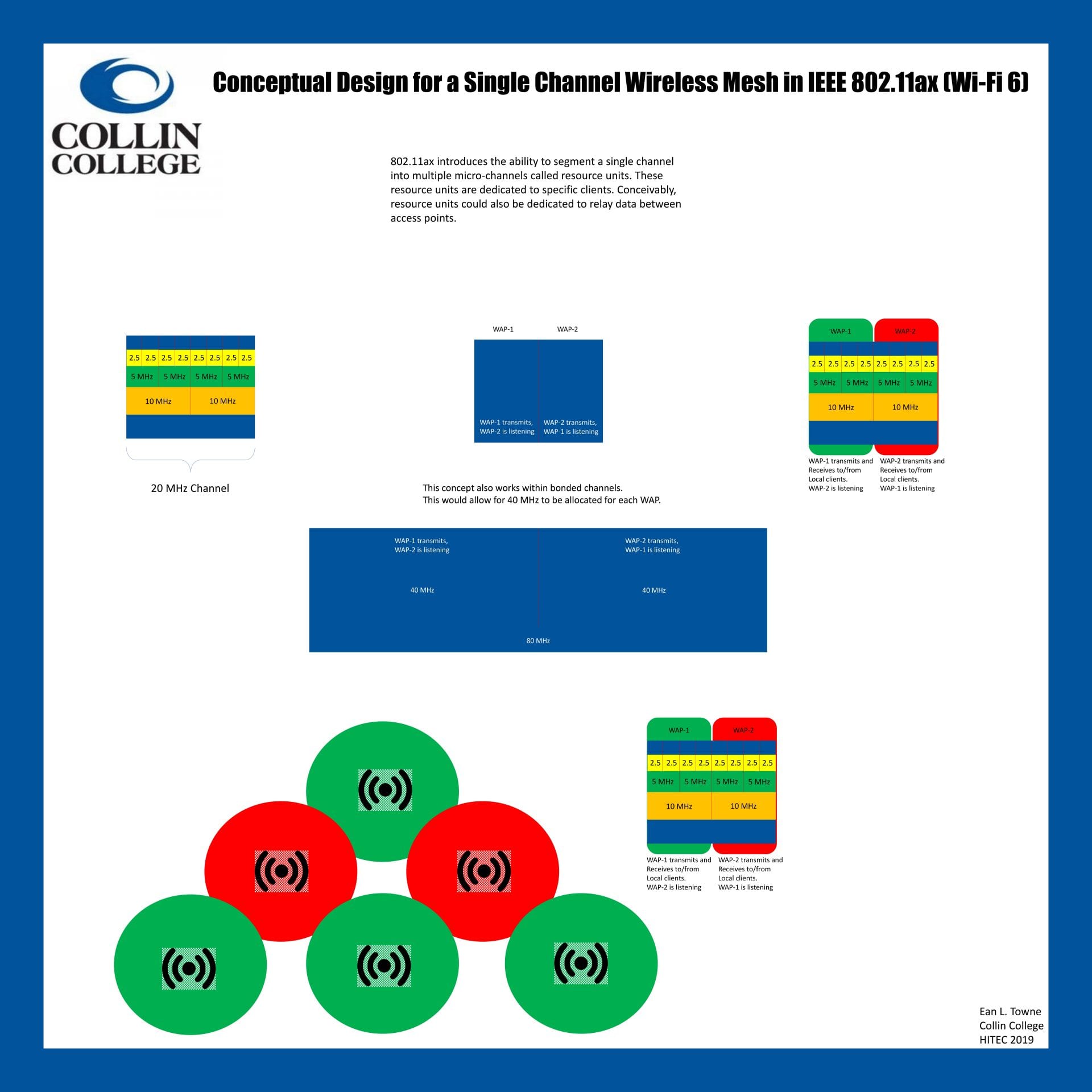 Craig Pontius is a graduate of Lansing Community College. Over his educational career at LCC, Craig has had numerous courses in the Convergence Technology field including Cisco CCNA training and wireless networking. Craig plans to enroll in the VoIP Foundations course and add this technology to his skill set. Due to his training and coursework, Craig was able to find employment as a network engineer at Michigan Automotive Compressor in Lansing, MI.

Favio Pena has a bachelor’s degree in IT from UNT, and was introduced to El Centro’s Cisco Academy by one of El Centro’s faculty. He has taken CCNA classes and became employed by El Centro as a lead tech in setting up labs for all classes at the college’s main campus. He has been asked to be an adjunct faculty to teach a hardware class at the West Dallas campus. Similarly, student Stephen Rorai works at El Centro as a PC support technician, supporting about 3,000 PCs and printers.

Curtis Holeman, another student, has completed certifications in A+, Network+, Server+ and MSCE. He completed his AAS degree in Network Administration and has started his own consulting business.

Matthew Jauregui obtained his CompTIA A+ certification and is now working for Sprint Technical Support Call Center in El Paso. Kent Henderson also received the same certification and is working at a call center. Two other El Centro students, Kevin Vilbig and Belicia Albornoz, are using their education in jobs at Slashgear and Bank of America, respectively.

Brett McCormick was a student in the Convergence Program at Collin for two years before transferring to the University of North Texas. Brett looks forward to the future with the same sense of learning that propelled him in high school. He plans to start his own technology firm before he graduates, emphasizing mobile computing supporting cross platform applications between Android OS and iPhone OS technology.

“The most important class I took at Collin College was the Enterprise Case Study. It prepared me for finding everyday network solutions within a business environment while emphasizing teamwork, flexibility and project management.” After graduation, he plans to add industry certifications to his list of accomplishments. Whether large or small, Brett points out the future need of area employers for network services. “Every type of industry will have to have a network system engineer, lab manager, or IT specialist for either their company or working as a consultant.”

Christine Farrington, a recent graduate of the Networking Services Technology program at Florida State College at Jacksonville (FSCJ) has met her near term goal of working in the IT field. She was a grocery stock clerk for the last 14 years and always liked fixing things. Christine decided to take a few computer repair classes so she could repair computers. She took the first Cisco class and was hooked on it. Christine says “While taking those beginning classes I found my inner Geek and learned about the networking program“. The program provided the skills and confidence necessary to be successful in hardware repair, software configuration, network configuration, and troubleshooting. She applied for a computer support position at FSCJ, despite a very competitive pool of applicants she was selected for the position.