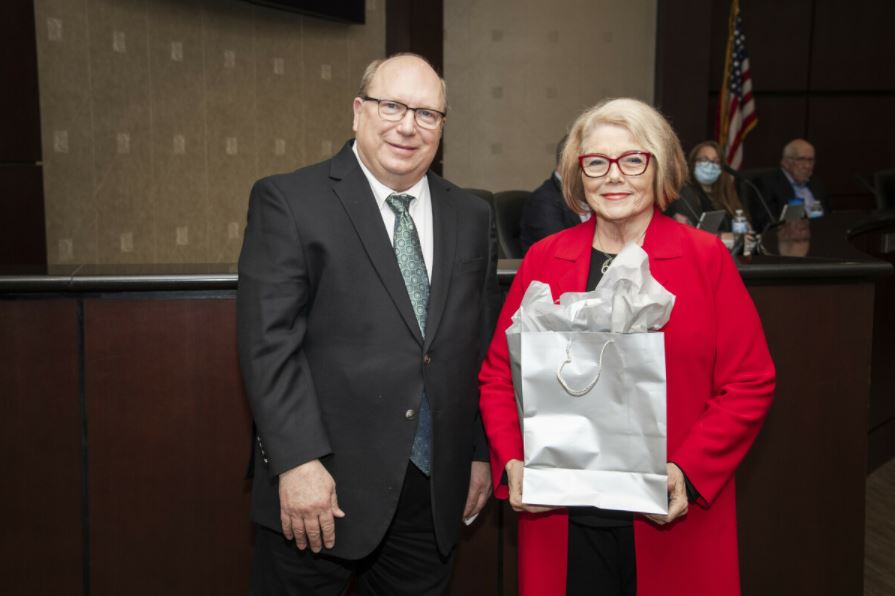 Dr. Ann Beheler was recently recognized by the Collin College Board of Trustees for many years of work leading multiple successful National Science Foundation and Department of Labor grants. Ann stood before the board as Collin College President, Dr. Neil Matkin, ran down a list of Ann’s many accomplishments. He joked that he had “six pages of notes” related to her grants.

All told, over 19 years, Ann has been the “chief architect” of eight direct grants to Collin College totaling over $36 million. Dr. Matkin noted that “nobody’s brought in more money to the college” than Ann. In addition, Ann – in her role as Collin College’s “Executive Director of Emerging Technology” – has received many professional accolades, including a Program of the Year award in 2019 at the HITEC conference and a 2020 recognition by Dallas Innovates as one of “Fifty North Texas Innovators and Disruptors.” Specifically, the list categorized Ann as an “Educator Connector.” Read the whole article here. Dr. Matkin noted that all of this work has helped Collin College graduates – and students across the country – get hired into high-paying IT positions.

During a what Trustee Chair called Ann’s “rebuttal” she was able to thank Dr. Matkin and the board, says that she was “honored beyond belief.” She further gave thanks for “being in an environment that supported us doing this work” and recognized the work of her grant staff, including Mark Dempsey and Christina Titus who were in attendance. Ann promised she would be a “Cougar forever,” a reference to Collin College’s mascot.