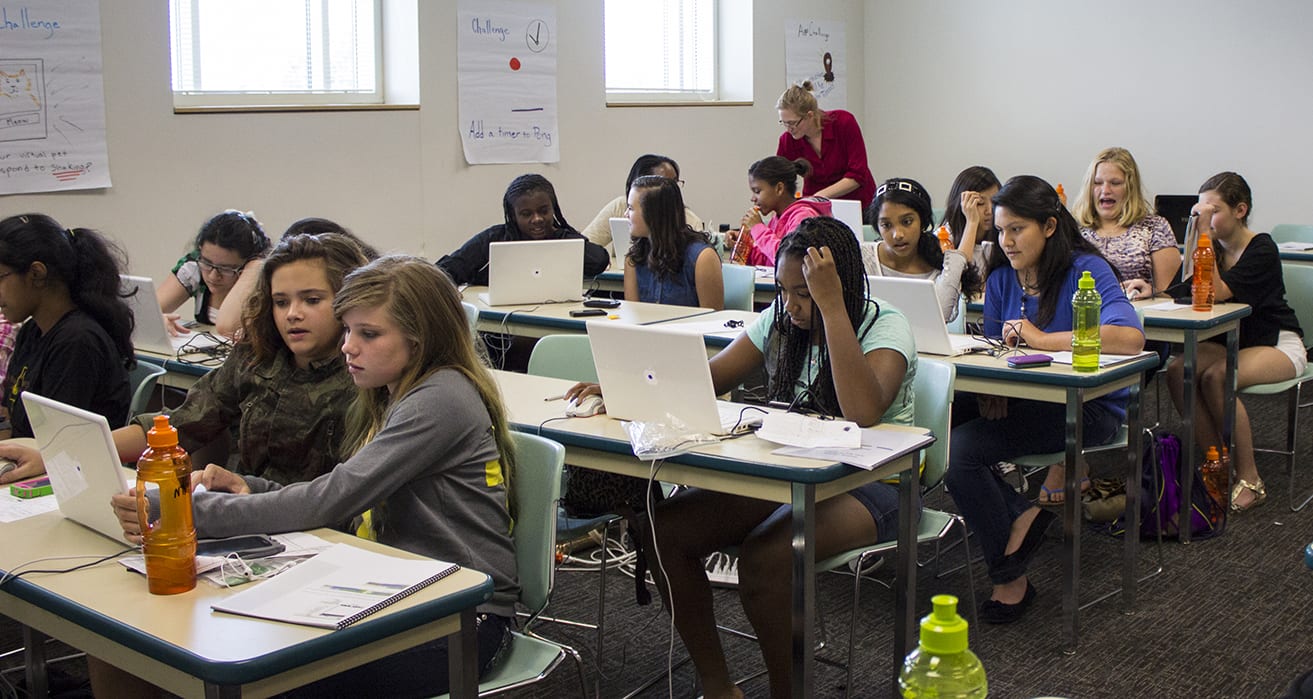 An unusual program for teenagers was running simultaneous to the National Convergence Technology Center’s (CTC) annual Summer Working Connections professional training event this summer.  In an out-of-the-way, second-floor classroom at Collin College’s Preston Ridge campus in Frisco, Texas, 20 teen girls spent five days learning app-programming basics during “Android App Camp.”  The Collin College camp was one of several summer camps run by the University of North Texas’ Department of Computer Science and Engineering.  Because of funding help by both the CTC and the Texas Workforce Commission, most summer campers were able to attend for free. 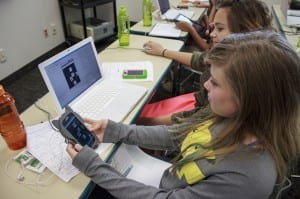 Girls working on developing their own Andriod app 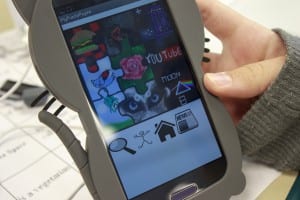 Close up of student designed app

The Collin College “Android App Camp” was led by Joan King, a UNT computer science and engineering doctoral student, and Gaith Albadarin, a teaching fellow and Ph.D. student in the same department.  Students learned basic skills using App Inventor on the Android platform.  They were then given free time throughout the week to build their own apps.  King and her fellow facilitators ultimately judged the apps for graphics, functionality, and usefulness.  The week was capped with a “show and tell” session where the students could demonstrate the apps for parents and friends. 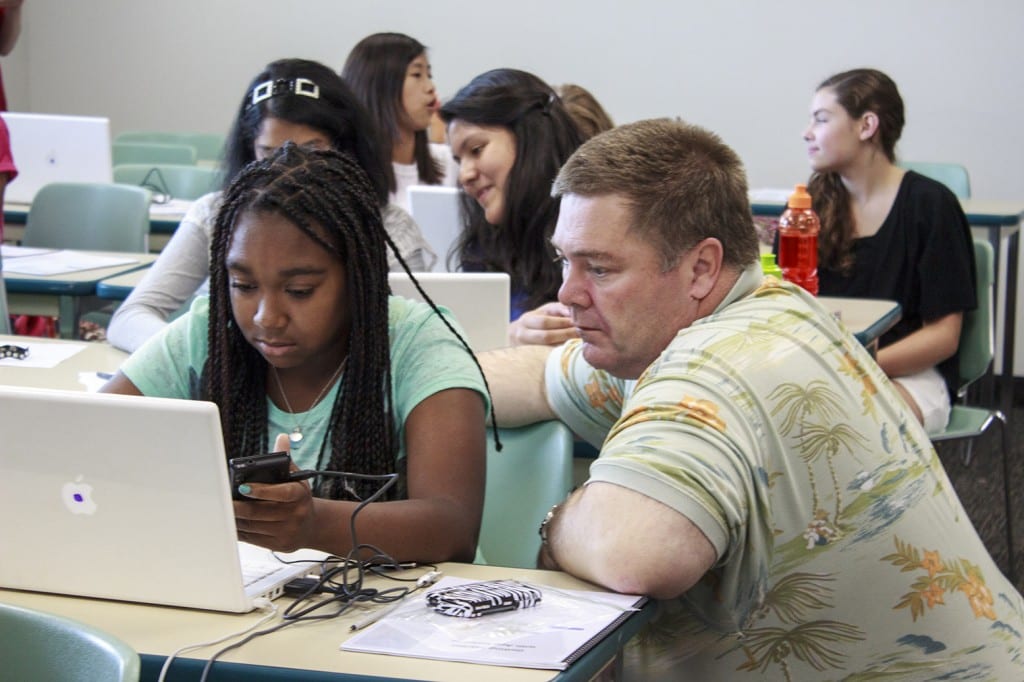 David Keathly, a senior lecturer in the UNT Department of Computer Science and Engineering, started the initial RoboCamp program with associate professor Robert Akl nearly ten years ago. Together they develop new and innovative camps each year that are both challenging for students who already have engineering and technology skills and instructional for those who don’t.  The camps are a huge success with far more interested students than there are available seats.  This summer UNT coordinated ten different camps.  In addition to four “Android App Camp,” the program also provided three “RoboCamps” and three “Xbox Game Camps.” 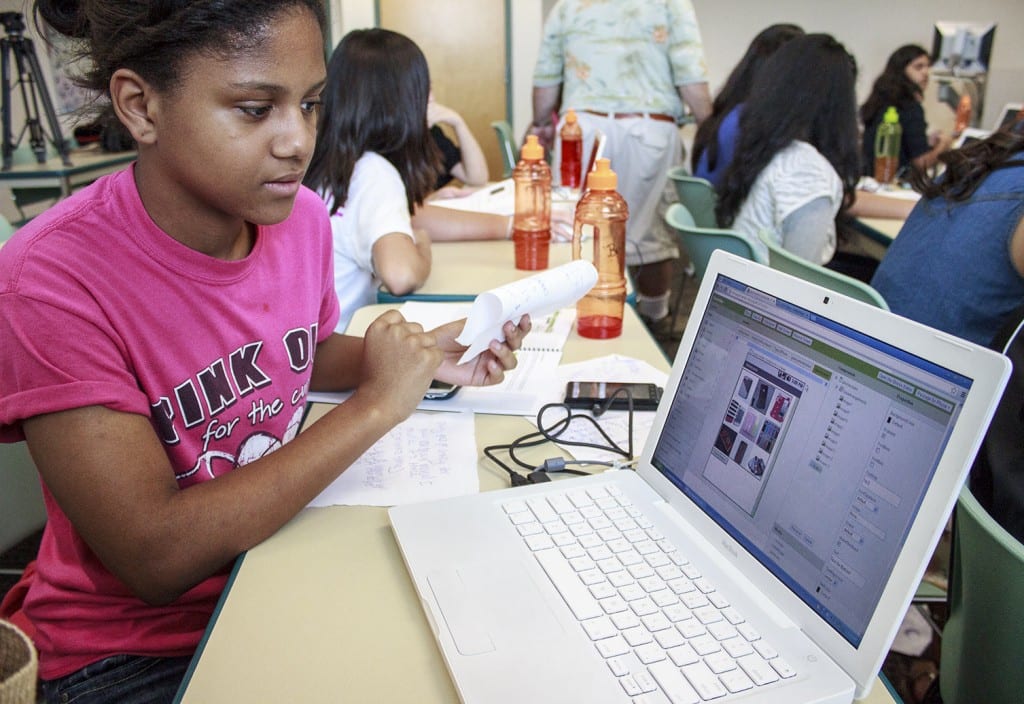 The Collin College “Android App Camp” seems particularly important given the female recruiting challenges STEM programs face every year.  For the CTC staff working at the Summer Working Connections program, it was a big change of pace to find giggly teenaged girls on smartphones and wearing trendy clothes sharing the halls with seasoned, adult IT educators in rumpled shirts carrying Styrofoam cups of coffee. 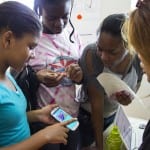 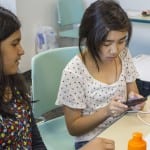 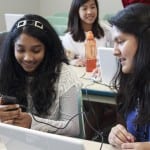 What’s been your experience with summer camps?