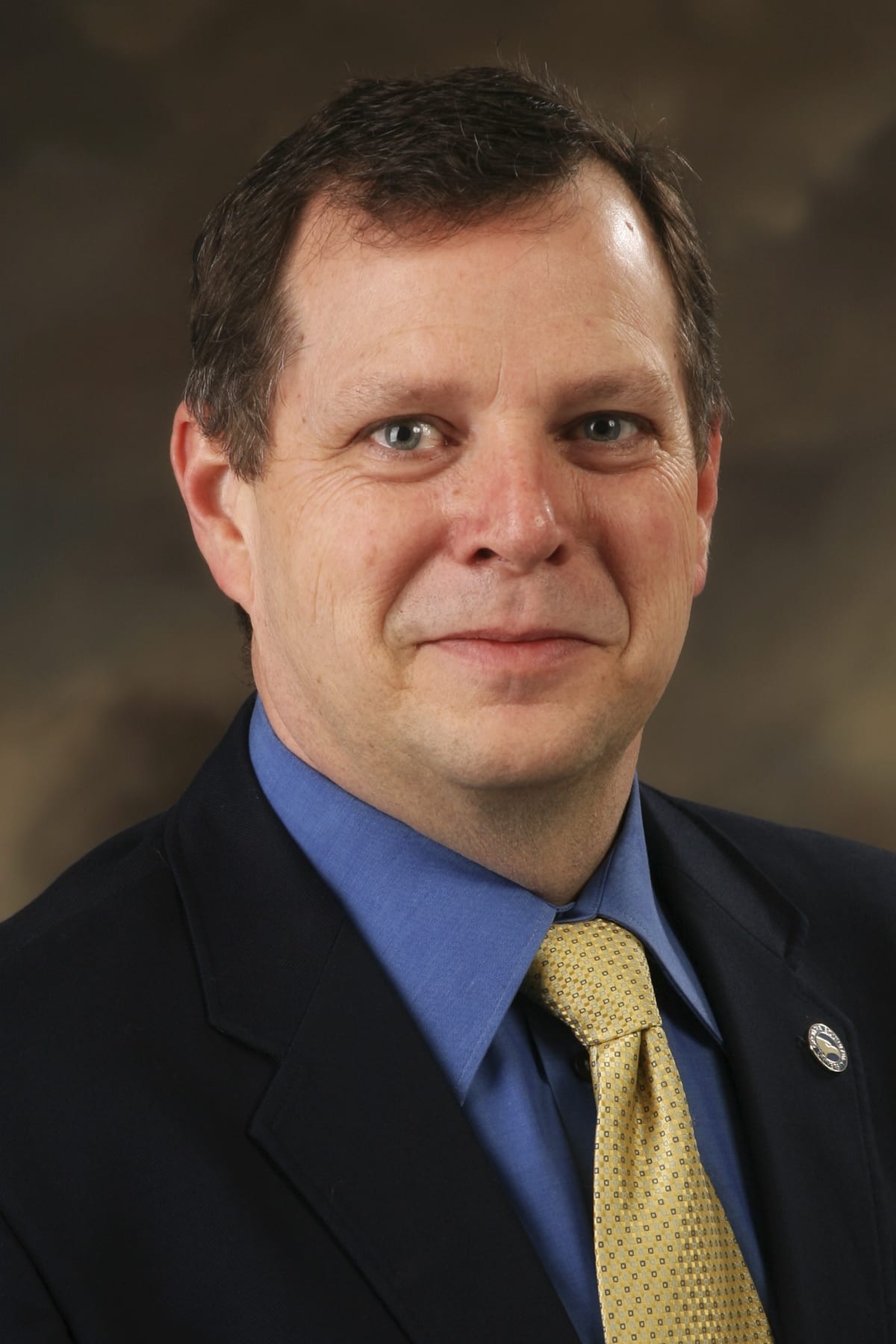 As a part of the National Convergence Technology Center (CTC) featured blogs, we would like to introduce to you some of our professors and instructors in the Convergence College Network (CCN) community. The CCN is a select cohort of community colleges and universities from across the country that connects IT educators with a wealth of resources to enhance their programs. In this week’s Q&A blog, we’re featuring Chris Kadlec, Associate Professor of Information Technology at Georgia Southern University.

What do you teach? I teach a lot of courses at the undergraduate level. I teach an operating systems class. I teach IT infrastructure. I teach a VMware ICM class, what we call Data Center Management, and anything else in between.

When I went to the University of Georgia, I was working for the college business there. During that time, they asked me to become a teacher because Y2K was such a problem. They were short of teachers and personnel that could do any training.

What sparked your interest in teaching? I was asked to start teaching a class while I was in the Ph.D. program. Originally, I was going through the Ph.D. program to become a CIO (Chief Information Officer) of a university and needed those credentials to continue where I was. At that point, I was asked to do some teaching and I really enjoyed it. Teaching became my primary focus.

What’s the biggest challenge teaching IT? Staying up to date, that’s one of the things I like about the CCN (the National CTC’s Convergence College Network community of faculty from 76 colleges across the country). It gives us an opportunity to meet with other faculty; it pushes the idea of meeting with industry. We interface with each other because we’re all under the same need to stay up to date. It is a huge challenge but that’s one of the benefits. My father was a teacher, one of his favorite things to teach was theater history. And he said the whole time he was teaching, not once did Shakespeare write a new play. And he’s right. In IT, we have to change our classes every semester. 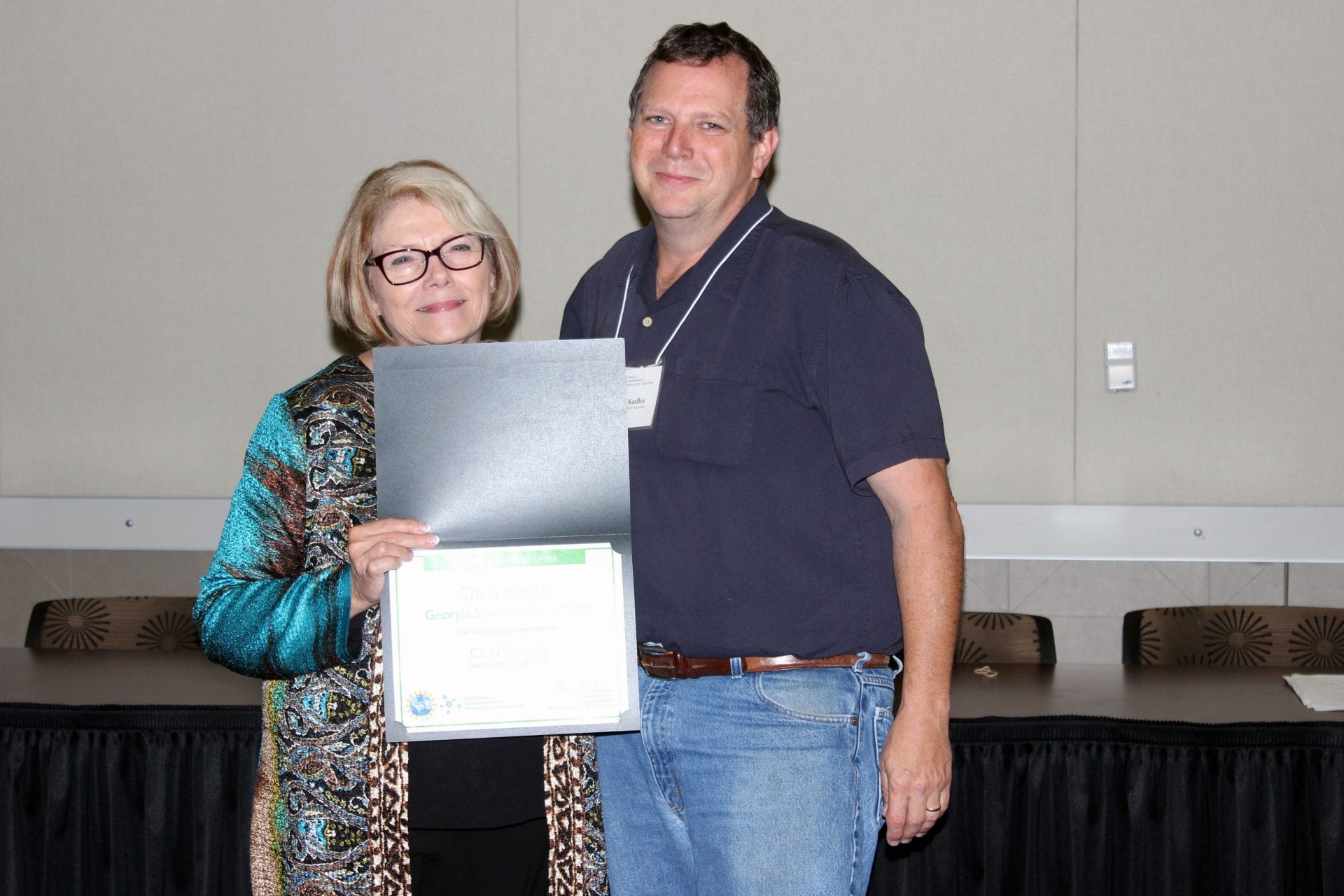 And what is the secret to successfully teaching IT to students? I don’t know that there is one. I think you have to make everything accessible to them. You have to give them the confidence that they actually know something, and they know something different than other people. You have to give them a passion for learning because it’s constantly changing. We also need to be able to read each individual students and give them what they need to succeed. So, is there one thing? I think the one thing is figuring out what everything is for that one person.

Do you have a favorite class to teach, if so, why? The newer ones. Since I like new things and I like the evolution of IT, the constant push back and forth with new curriculum gets everything going. If I teach something too long, it starts to get old and stale even though I enjoy what I’m doing.

What is the best thing you like about being a teacher? Seeing the “ah-ha” moments on the students faces, like “Wow!” It is amazing and it keeps us coming back for more.

What advice would you give an IT student about to graduate and enter the workforce? Look at things objectively. Inside of this field, it is very objective. The computer doesn’t have any feelings; the computer doesn’t care. We do what we can to make it do what we want it to. But they [students] also need to look objectively at themselves, find out what skills their missing and what skills need to be honed. They don’t need to fall in love with one company. They need to look at things objectively.