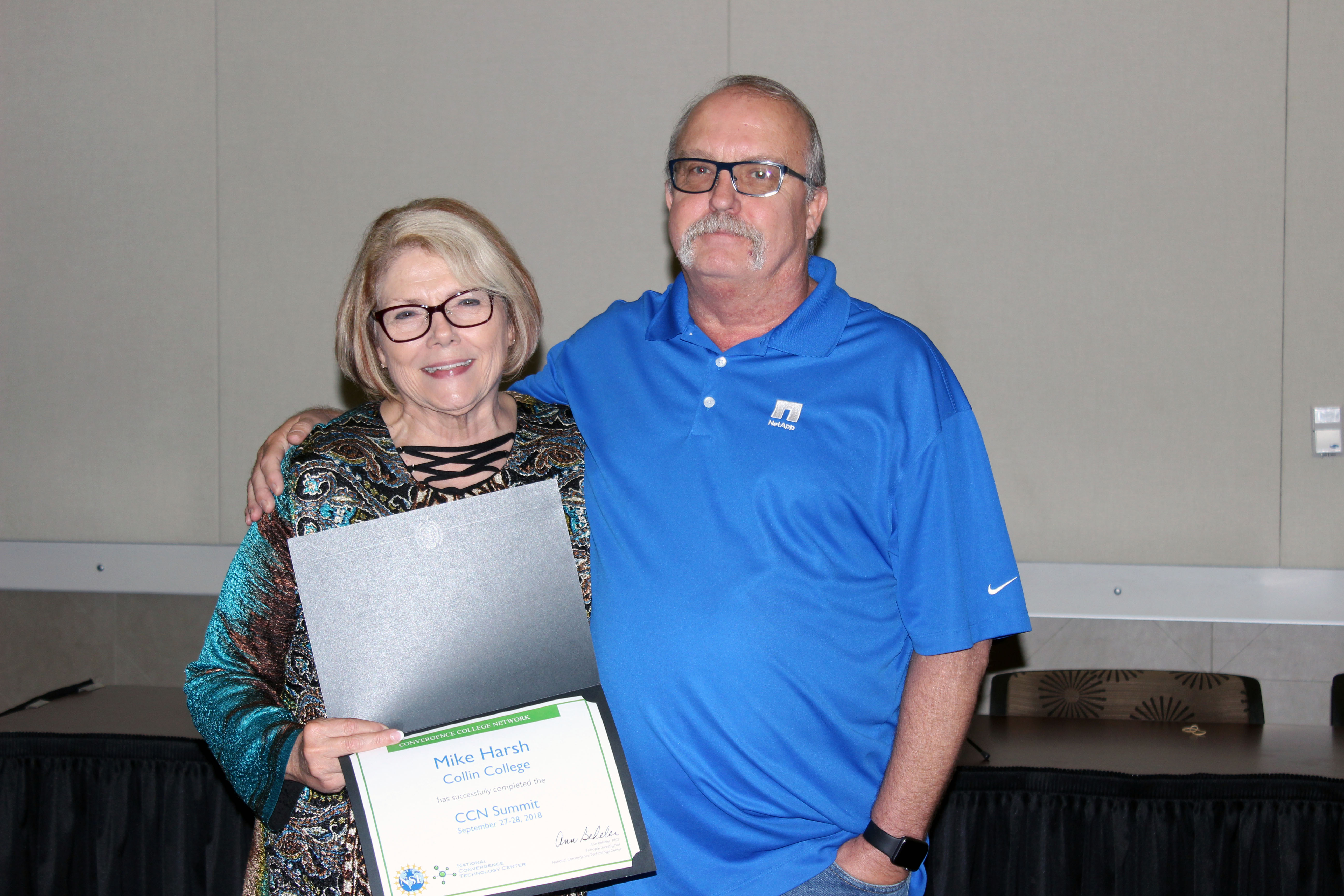 As a part of the National Convergence Technology Center (CTC) featured blogs, we would like to introduce to you some of our professors and instructors in the Convergence College Network (CCN) community. The CCN is a select cohort of community colleges and universities from across the country that connects IT educators with a wealth of resources to enhance their programs. In this month’s Q&A blog, we’re featuring Mike Harsh, professor of Information Technology, Cisco and CCNA at Collin College in Frisco, TX.

What do you teach?  Computer Networking and Cybersecurity

How long have you been a teacher?  I’ve been a teacher since 1998 and during that time it has been here at Collin College. I started out teaching Computer Maintenance. We would take apart outdated computers from the college, fix them for the area high schools. About two years later, we converted over to teaching A+ certification program using a book. Four years after that we converted to A+ Cisco version, IT Essentials and that is what we’re teaching now.

How did you stay abreast of the constant changes in IT?  Training and reading journals; I was on several mailing lists where they would send out an email saying “Link to this…”

What sparked your interest in teaching?  I came to Collin to get a degree, and every time I came, I was offered more opportunity. I do enjoy taking people who are eager to better themselves and watching them grow into a professional person. For example, Chelsea worked at Pei Wei and is now a Senior Network Engineer. Amy, who’s on our Business Industry Leadership Team, she was a student of mine in 2002 or 2003. Cody, another student, has turned out to be a Cisco professional and an advisory on CTC’s BILT. 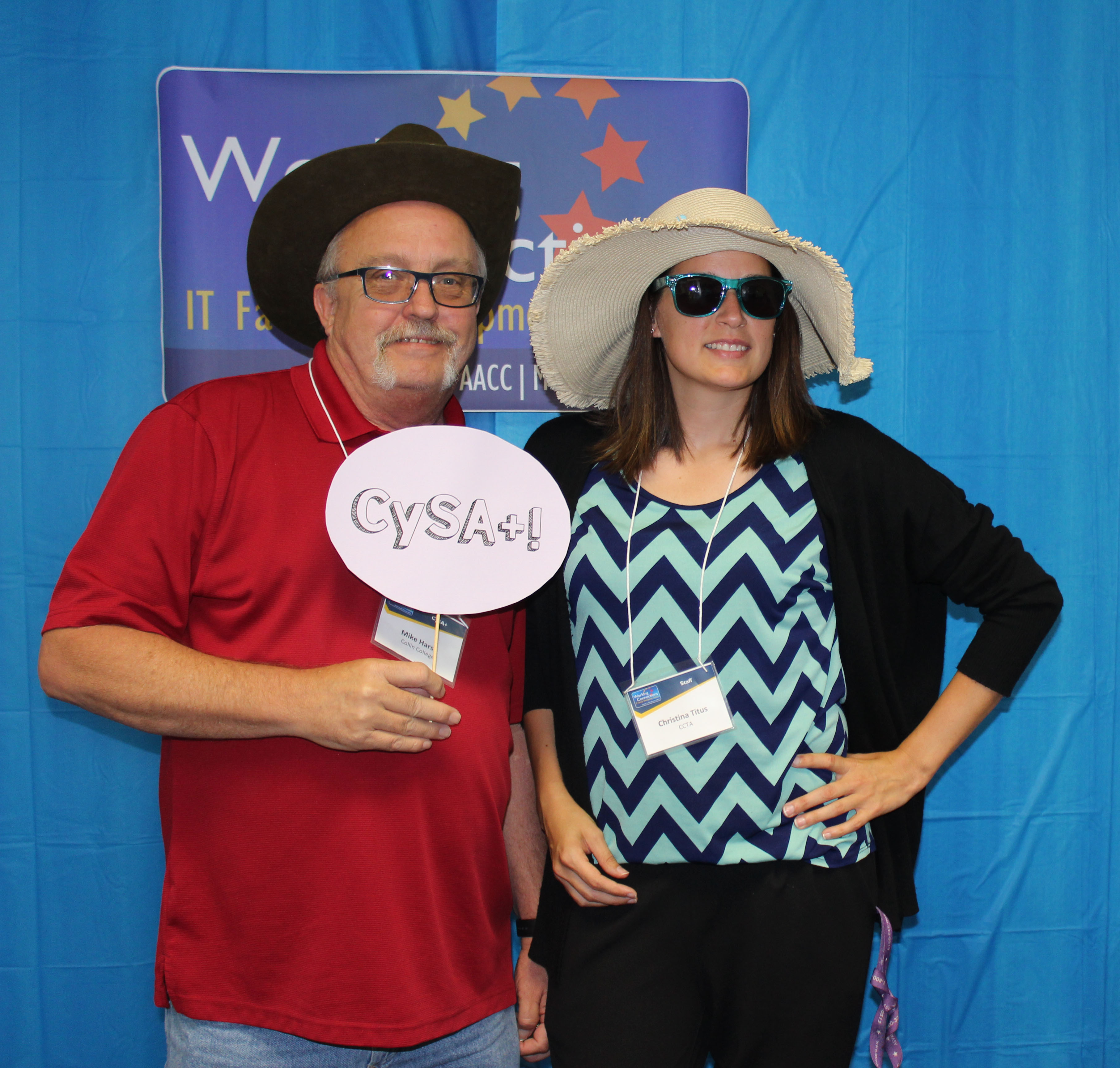 What is the secret to successfully teaching IT to students?  Getting on their level and understanding where they’re coming from and where they’re wanting to go.

What’s the biggest challenge teaching IT?  The changing environment, the way it changes so fast. A lot of students start off not knowing what they want to do; and by the time they complete their degree, they have to start over because everything has changed. Especially the adults that are trying to come back and can only take one or two classes a semester, they’re not full-time students. So, after five years of trying to get a degree, everything is outdated.

Another challenge is people that really want to learn the stuff versus people that are told that they are better off getting a degree in IT. For example, you have a dad say, “you ought to get into IT, you would make lots of money,” they think that the teacher is going to make the student learn it. We don’t have the option to make them learn, they have to want to learn it.

Have you always been a teacher? No, I worked in the oil fields as a machinist.

How has the CCN helped you?  The depth of friendships with people I’ve met all across the country from Massachusetts all the way to Southern California and Florida. It is more than the training; it is the camaraderie from people that have the same interest and goals as you.

What is the best thing about being a part of CCN?  Being a part of a national group where you get to attend conferences, meet people and share ideas.

What advice would you give a new community college joining CCN?  Get involved and participate especially in the training and the conferences.