For the past two years, the National Convergence Technology Center (CTC) has featured blogs that introduced some of our professors and instructors in the Convergence College Network (CCN) community. The CCN is a select cohort of community colleges and universities from across the country that connects IT educators with a wealth of resources to enhance their programs. Starting off the year, the CTC has a two-part treat for you. Today, we will be featuring a Q&A with Kyle Jones, chair and assistant professor of Computer Information Services at Sinclair Community College in Dayton, Ohio. As chair and assistant professor, Kyle will be sharing his experience and journey in IT as well as some impactful information on what is currently happening in IT. 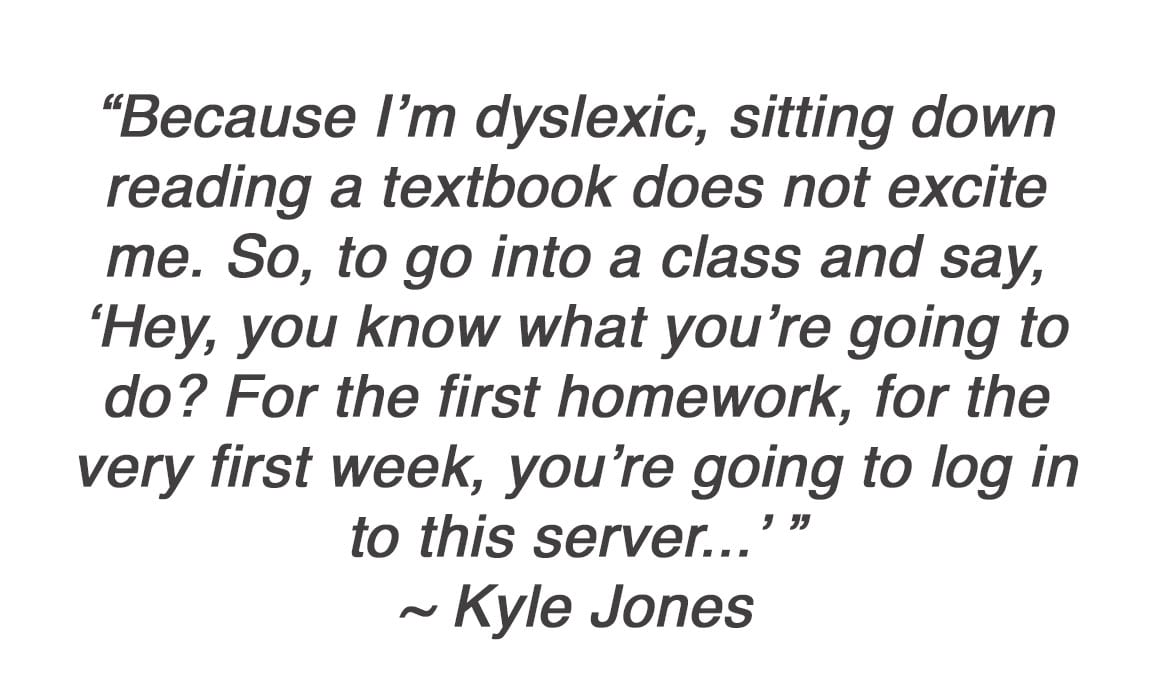 What do you teach? I teach Cisco classes; anything to do with Cybersecurity so Network+, Security+, Certified Ethical Hacker, CISSP. I also teach some workforce development classes on the new CMMC, Cybersecurity Maturity Model Certification; and I also teach the “intro” classes like Linux and “Intro to Operating Systems.”

How long have you been a teacher? I have probably been a teacher for about seven years. I’ve only been at Sinclair for six years. I was an adjunct for a year before I came on full time.

I worked at the Warren County Career Center (WCCC) as the adult education developer, but the director didn’t want me teaching the class. He wanted me to write the curriculum; put the classes together; hire the teacher; and remove myself from the teaching part because they ran into an issue where an individual was trying to do everything. He was running seven or eight classes a year with two or three students. The director wanted someone to sit back and put all that together and then run more classes. It worked out, because we ran a lot more classes. But I didn’t have the opportunity to actively teach the material that I was putting together, which was a little frustrating, so I served as an adjunct at Sinclair. I took what I built at WCCC and did it at Sinclair. They are partners, WCC and Sinclair, so that worked out really well.

Did you have a job in the industry before you became a teacher?  In 2000, I was hired right out of high school working for my school. I was the technician for the school district – kindergarten through 12th grade – and I did that for four years. I was a tech that did all the networking to setup all the servers and all the configurations. I worked that job while I was a part-time student at a community college in network engineering. From there, I thought I would try software development. I’m not really a software developer, but I worked at a software development company designing software for Honda. This company was a contractor for Honda creating software that sent everything down the assembly line. Our software is what the robots and controllers used to move things down the assembly line. I did that for about a year and discovered that I was not a software person. But one of the things that I loved is that they would send me to Honda plants to release the software code. Then, I would go back down on the floor and make sure all the hardware interacted with the software so the assembly line wouldn’t go down. I enjoyed that but I really found out that I enjoyed working with my hands and with hardware. So then, I had a friend give me an internship – this is while I was working on my bachelors – for a company called Radian. Radian does all the mortgage underwriting for just about every major bank around the world – US, Hong Kong, England, Australia. I became a senior cybersecurity network engineer, and I was there for 10 years. I designed a lot of the networks, did a lot of the cyber defense work. And I still do a lot work with them. My former boss is now the vice president of cyber defense there and I still interact with them to see how things are working. I did that before I started working in education. I really enjoyed it because I trained a lot of the new people that came in. My full-time job was networking cybersecurity, patch, patch management, chain management, working with networks and cyber. I loved it. But I, also, liked working with all the new people that came in. If we had a new network operation center person, they normally worked with me a lot. I really enjoyed sitting down and showing them how the company operated. The reason that I left industry was because I worked an unbelievably number of hours. We were salary plus hourly. 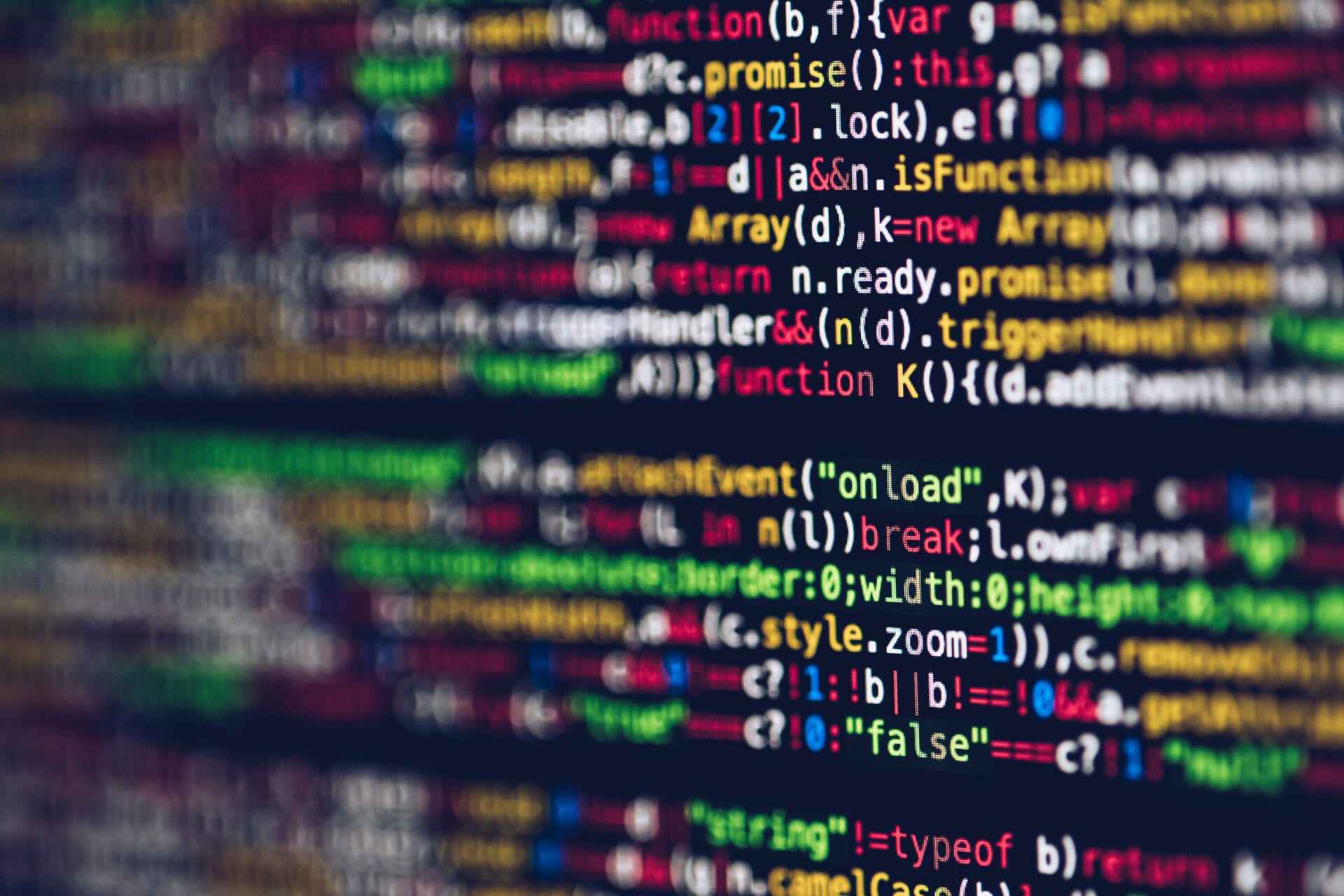 What sparked your interest in teaching?  One of Sinclair’s internship representatives asked me, “Have you thought about being an adjunct?” So, I started working in adult education at the career center kind of taking that idea.

I like diving deep into something and spending a lot of time researching and figuring out how it works and then explaining that to somebody else. I think that’s really what I liked about training when I worked in industry. I wasn’t a trainer, but I believe people got a chance to sit with me so I could explain things to them. I like to take something really complicated, describe it or show somebody in a way where afterwards they say, “Aw, I understand that now.” And I love being taught that way. I’ve always felt like I was an extrovert in a room meant for introverts. I sat in front of a computer all day in a room, a big security room that you had to go through four security doors in order to get out or get in. And I sat there with a whole bunch of people that had their nose in their computers all day and they didn’t really look up. I was wanting to walk around and talk to people and really enjoy the discussion. And then, the first time I served as an adjunct that’s what it was like.

I was an adjunct in the evening with nothing but adult learners who may have even been in IT for years. I could either teach someone something new or have a student teach me something new. There are a lot of students that have worked in IT for years but never got a degree so they’re coming back to finish the degree, but the knowledge is there. I really enjoy that and that’s why it sparked my interest. Working on this grant with the National Convergence Technology Center (CTC), now I feel like I’m not just making an impact here in the Dayton area, but this is a national thing.

What is the secret to successfully teaching IT to students? I think the secret to successfully teaching students right now is utilizing the tools that are out there. So, take for instance, CTC has a Netlab. Getting students in the labs and learning hands-on things, to me, has been an extra thing that a student just doesn’t open a textbook and read about. No, let’s go demonstrate it, let’s go learn it. And you know what? You’re in this NetLab environment so spend as long as you want to here. You don’t have to do exactly what the walk-through says; play around, click around, learn. And I feel like having that resource for students has really made a big impact because that’s how I learn. I learn by doing, jumping in and playing with things. Being able to offer that resource to students, I feel is so valuable.
Because I’m dyslexic, sitting down and reading a textbook does not excite me. So, to go into a class and say, “Hey, you know what you’re going to do? For the first homework, for the very first week, you’re going to log in to this server; you’re going to set it up; you’re going to design it and you’re going to implement it into the system.” It’s like “yes” that’s what I know how to do. Or take for instance, in my department – I’m also over software and development – to be able to walk into a class and say, “You know what? For the first week, you’re going to write your first program.” 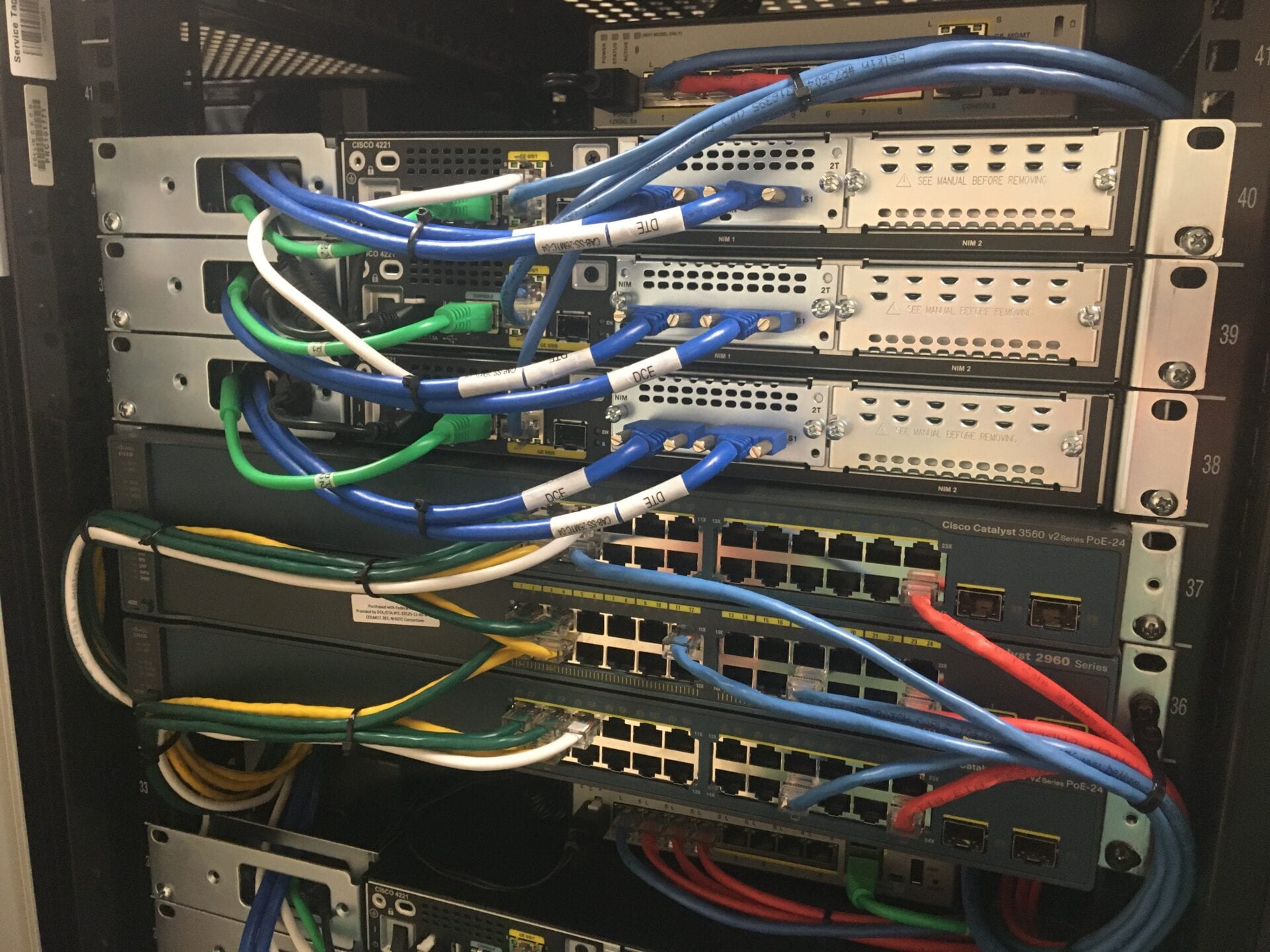 What’s the biggest challenge teaching IT?  The challenge that I’m seeing is that we have a lot of generations that we’re teaching right now. So, we have gaps in learning. We have students coming out of high school that know how to use devices, but they don’t know how the device works. I have 19-year-olds that are learning how to use a mouse because they’ve only used a track pad on Chromebook. They’ve never made files or folders or anything like that because they’ve only used Chrome. Then, I have people coming in that are 35 years old that are like “Yeah, I use to design mice.” Okay, I have a student that doesn’t know how to use one and I have a student that can build one all in the same room. And people use to say, “oh, well teach to the middle of the class.” I’m like, “I don’t have a middle. I have people over here (new to IT) and people over here (knowledge of IT). If I talk to the middle, there’s nobody there.” I feel like that’s a challenge trying to teach to the middle. You’re either trying to bring students up or you’re boring your students that already know how to do it. So, I’m constantly trying to figure ways that I can let my students that have achieved and that are already here to just move on. And how can I work with the other students to bring them up to the middle. I’m more concerned about bringing them up to the middle than I am about my students that already know how to do it. So, we’ve been working a lot with our competency-based education, that if you’re already competent in something you can just keep moving on. But if you’re not, let us take time to figure out the areas that you’re not; and then, let us help you build that up to finish the class. I think that helps the way I view traditional classes.

There are 16 weeks that the student has to test out of a section to go to the next one. If the student can either do all the curriculum and then they can go take the test; or if they already know it, they can just skip to the test and if they pass, the student keeps going. But if the student doesn’t pass, then I need to work with them because they didn’t pass this competence.

Be sure to read next Monday’s post (March 29), as CTC continues its interview with Kyle Jones of Sinclair Community College.