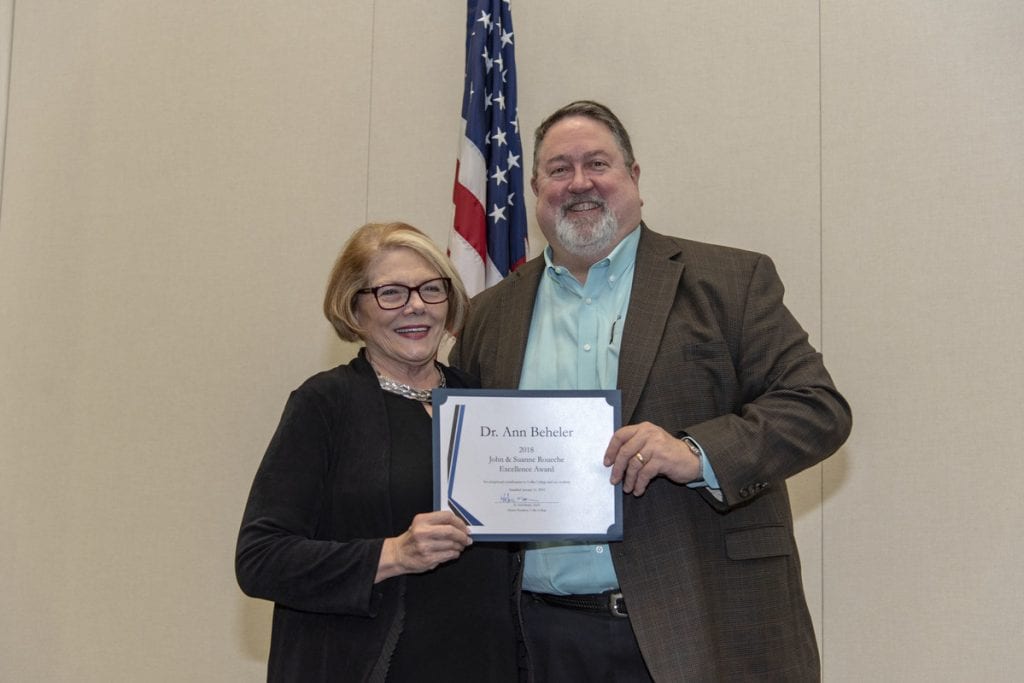 Some big congratulations to the National CTC’s Director Ann Beheler on Collin College’s decision to award her the John & Suanne Roueche Excellence Award, which celebrates “outstanding contributions and leadership by community college faculty and staff.”  In addition to receiving a special certificate from Collin College President Dr. Neil Matkin at the spring All-College Day, Ann was honored with a medallion at the recent Innovations conference in New York City.  She was one of just seven faculty and administrators from Collin to receive this prestigious annual award.  See the Innovations program ad below.

For those few out there unfamiliar with Ann and her history, here are some highlights from her award nomination letter:

*  Since 2002, her work as a principal investigator has awarded Collin over $38 million in project and center grants from the National Science Foundation and the Department of Labor.  These grants – which always review very well by the funding agency – have not only benefited IT students at Collin College, but also IT students at dozens of community colleges across the country by creating new curriculum, connecting colleges to share resources, training faculty in cutting-edge topics, and developing and disseminating processes to energize business advisory councils.  Specifically, Ann successfully built upon the success of a small NSF project grant awarded to Collin College in 2002 by receiving two regional center grants (2004 and 2009) and then two national center grants (2012 and 2017).  Each NSF grant added new twists and innovations, whether it was a new topic to address some emerging IT trend or a new strategy to help IT programs deliver workforce ready students.  Ann was also the lead for a $20 million “round one” TAACCCT grant from the Department of Labor.  While many of these grants are designed to face outward, there’s no denying that Collin College has benefited from the services and resources these grants have provided.  The TAACCCT grant, for example, funded a group of IT career coaches that boosted course retention rates so dramatically (almost double the retention rate between fall and spring when comparing students who used the coaches versus student who did not) that Collin College decided to institutionally fund coach positions after the grant funding ended. 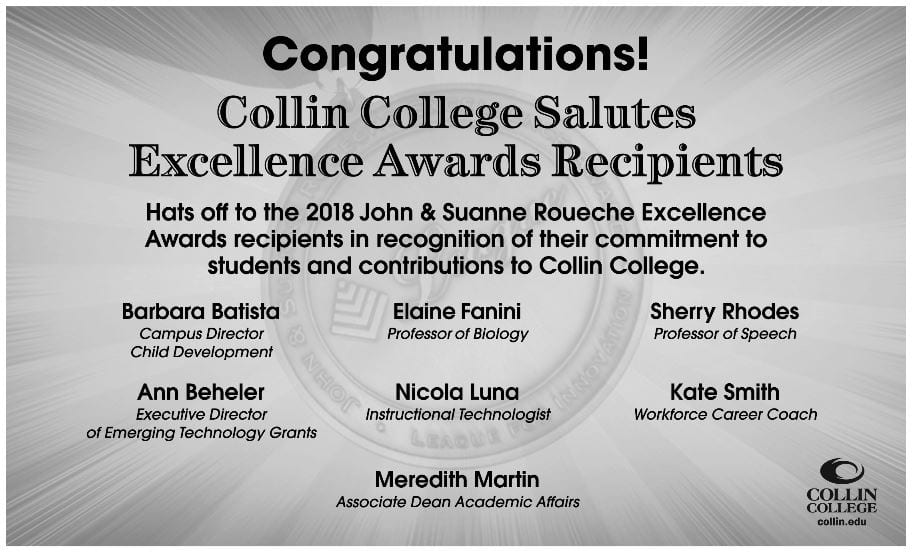 * Ann recently got involved with an exciting new project grant that will update IT job skills nationwide using hundreds of IT business experts across the country.  It’s a huge undertaking and one that is long overdue (the last time IT skills were updated was in 2003, a lifetime for the fast-moving technology landscape).

* Ann’s biggest passion – the “BILT (Business and Industry Leadership Team) model” that urges an active “co-leadership” role for business councils – has become something of a requirement for National Science Foundation ATE grants.  NSF program officers have more than once steered to Ann a grant applicant lacking a business engagement plan so she can help them incorporate the BILT model into their proposal.  In addition, Ann has workshopped this approach to countless faculty and administrators nationwide, both in person and via webinars and phone calls.

* Ann has been a longtime participant in ATE’s MentorConnect program, in which veteran ATE grantees mentor community colleges new to ATE grants as they prepare a grant proposal. Through Ann’s guidance, one of her recent mentees not only was awarded a grant, but has become one of the more valuable and active members of the National CTC’s network of 69 colleges.

* Several years ago, the first graduate of Collin’s IT program was a female.  She credits Ann’s support with getting her through the program and transitioning from a dead-end job to a high-paying IT career.  This student, in fact, was recently recognized at the 2018 National Science Foundation ATE (the Advanced Technological Education program) Principal Investigators conference as an outstanding alumnus of an ATE-supported community college.