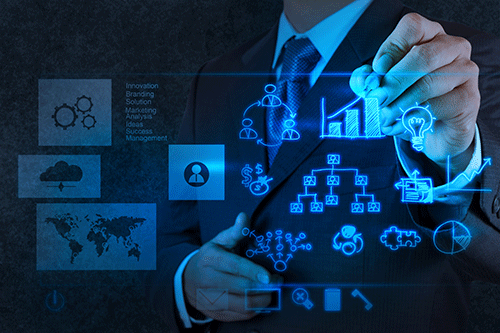 The National Convergence Technology Center (CTC) is always on the lookout for technology articles and columns related to the ongoing evolution of both the IT workplace and the IT classroom.  Below is a sampling of some of the things we’ve been reading these last few months. They’re worth a look, dear blog readers.

5G in 2019 from IT Business Edge reminds readers that with the business benefits of the looming 5G rollout will come also increased security concerns.

Google Tried to Prove Managers Don’t Matter from Inc.comlooks at a Google internal study that has already been referenced at more than one conference presentations.  In trying to prove that middle managers weren’t truly needed, Google wound up identifying “common behaviors of their very best managers.

How Is the GDPR Doing from Slatelooks at the status of privacy one year after the EU’s landmark regulation went into effect. While the GDPR can be considered a success in boosting break notifications, not much has yet changed regarding penalizing companies that fail to protect customer data.

McDonald’s Bites on Big Data with $300 Million Acquisition from Wiredlooks at McDonald’s purchase of Dynamic Yield, a company that provides “decision logic” algorithm technology. The system uses a number of real-time factors to drive instant upsell suggestions at the point of purchase.

Robots Will Take Jobs from Men, the Young, and Minorities from Wired(via LinkedIn) examines a study by the Brookings Institution that predicts how automation will impact jobs.  The report suggests that “just as the dividends of recent economic growth have been distributed unevenly, so too will the disruptive effects of automation. In both cases, nonwhite, less economically secure workers lose out.”

Tech Is Splitting the U.S. Work Force in Two from the New York Times(via LinkedIn) explores the ongoing technological transformation of the workforce, sending “workers without a college degree out of productive industries, like manufacturing and high-tech services, and into tasks with meager wages and no prospect for advancement.”

The Unlikely Origins of USB from Fast Companyoffers an interesting oral history of the USB connector’s 1990s development at Intel, which was boosted by Apple’s USB-only iMac in 1998.  The article also addresses the timeless question regarding the USB’s lack of reversibility.

What the Best Mentors Do from Harvard Business Reviewexamines strategies for successful mentorship, developed from the author’s interview of almost 100 leaders.  The best practices include “putting the relationship before the mentorship,” “focusing on character rather than competency,” and “shouting loudly with optimism” but “keeping quiet with your cynicism.”