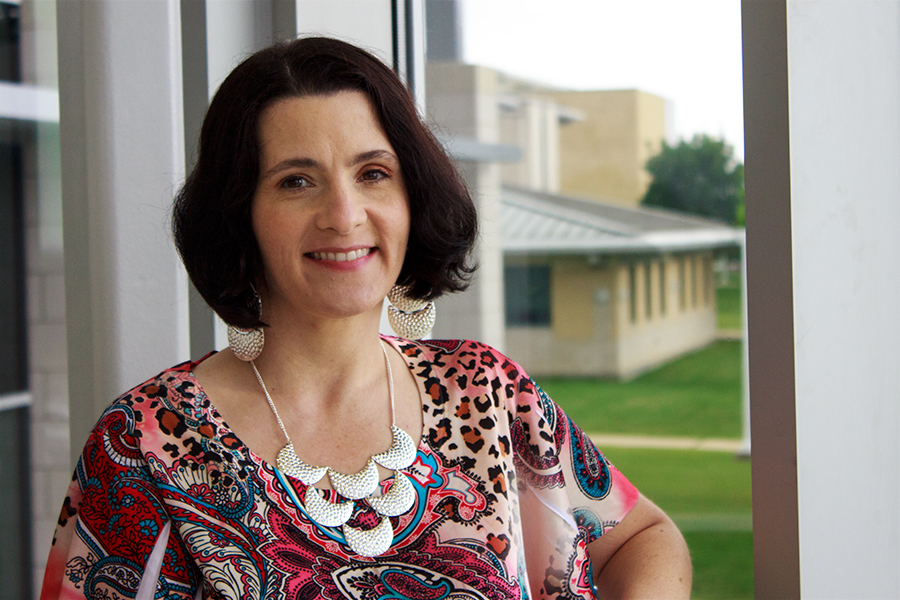 Like so many others, new graduate Laurel Phillips came to Collin College to update her technical skills. She’d spent four years in software sales and longed to go back to computer engineering. The 2007-08 recession unexpectedly gave her that opportunity, so she applied an engineer’s methodical persistence to choose her next step.

All roads lead to Collin

Laurel’s background was computer networking and she had an interest in cybersecurity. So she first looked at two big employers of cybersecurity, the TSA and the Department of Homeland Security, then worked backward to see where those organizations found their employees. It was this research – and her maxim “stagnate or die” – that led her to Collin College. And while she’d never heard the term “convergence” before, she understood immediately that this was something she already knew fairly well.

At Collin College, while she studied cybersecurity, she also gained invaluable insight into networking as a student assistant working for convergence guru Pete Brierly. It’s a long way from the hot, dusty streets of San Angelo, Texas (“there’s no interstate,” she says) where her high school offered a single computer class.

Clearly, Laurel can provide a unique perspective on the difficulty of recruiting and retaining women in STEM programs. Although her mother is a “math and science geek,” so strong are cultural stereotypes involving women and science that even she didn’t fully accept her daughter’s interest in math. Laurel explains, “She knew she was an exception but didn’t think I could also be an exception.” It wasn’t until Laurel excelled in high school algebra that her aptitude became undeniable.

At Collin College, Laurel experienced first-hand the attrition that can happen among women taking math and science classes. An early CCNA 1 class of hers had half a dozen female students, but that number dwindled to one by the time she took a later CCNA 4 class. She agrees that the usual sorts of strategies are helpful, whether it’s promoting female STEM role models, getting girls interested as early as possible, or simply understanding gender learning differences, like the idea that women like to work in groups.

But she’s also noticed that even males seem to have an aversion to math. Laurel wonders if the answer is to take gender out of the equation and “simply tell everyone that math isn’t hard.” She also thinks schools should consider doing more to nurture the women who do enroll. It can be lonely to be the only woman in a classroom of men, especially in a community college environment where so many students are busy parents with full-time jobs. Social support isn’t always easy to find.

So what’s next? Laurel’s experiencing the same employment anxiety as any graduate, though her AAS degree carries with it the kind of cutting-edge expertise that would appeal to many industries and businesses.  Along with a new job, she plans to convert the AAS into a Bachelors.  The AAS will not only help her re-enter the workforce with updated skills, but serve as a stepping stone for long-term career in cybersecurity.  Laurel is one of Collin’s best and brightest graduates and clearly someone who’s determined, focused, and boasts a rich and varied background. Who wouldn’t want to hire her?

What advice do you have for a new graduate entering the high-tech workforce?