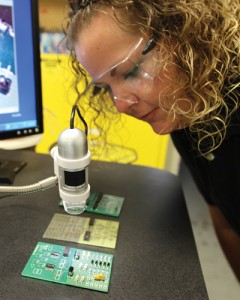 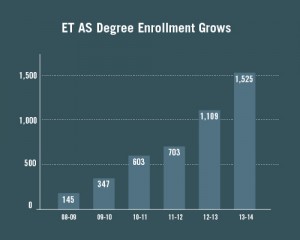 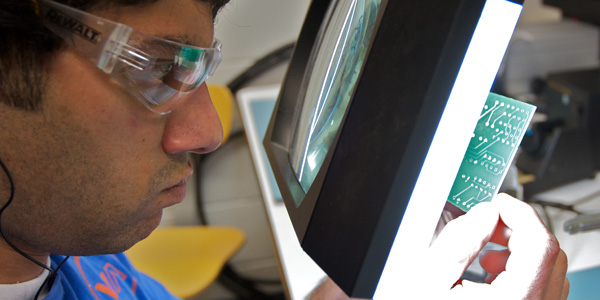 In a survey of ET AS graduates, 92% of 24 respondents reported using the technical knowledge acquired in college in their jobs. A separate state study found that 86% of 30 ET graduates in a quarterly sample were employed.

Leveraging the workforce-training pathway to the ET degree, FLATE and its Florida TRADE Consortium partners have successfully educated new audiences
including veterans and the underemployed. In 2015, this consortium reported that 450 students had applied their earned MSSC CPT toward college degrees. The use of FLATE’s pathway for attaining this employer-preferred credential has grown in Florida from 11 in 2007 to 2,336 in 2014. Many of the CPT holders have gone on to enroll in ET AS degree programs. Statewide, ET degree enrollment has grown from 145 in 2008 to 1,525 in 2014.