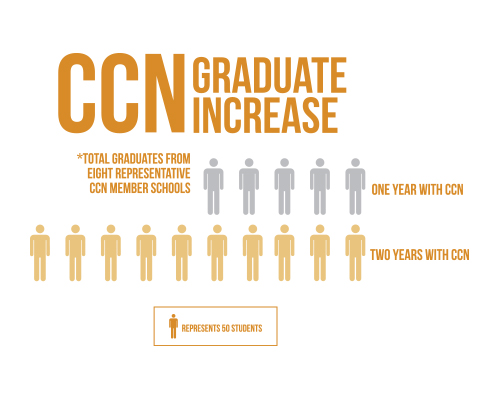 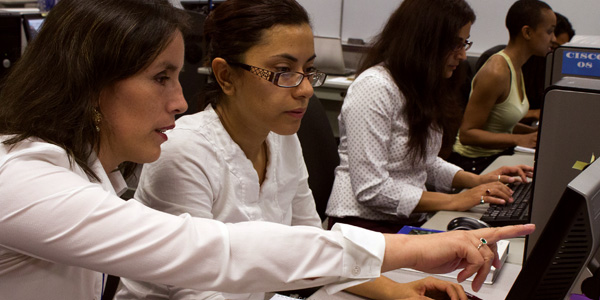 Under the BILT’s leadership, CTC supports the Convergence College Network (CCN) that now numbers 46 colleges nationwide. Through this “community of practice,” the center and more mature CCN members mentor colleges across the country. Data from colleges indicate that active involvement in CCN improves enrollment numbers.

CTC’s unique BILT model has been adopted by numerous colleges both in and out of the CCN network and beyond the IT discipline. Asking IT business people to co-lead with CTC’s leaders has created a highly engaged national group that is ready and willing to support two-year college IT programs. With BILT members’ help aligning curriculum and forecasting workforce needs, CTC—in partnership with colleges nationwide—delivered the right technical skills to produce 2,508 documented program graduates in 2014.

Because the job skills analysis process informs curriculum on a regular basis, graduates are highly qualified and readily hirable. This means businesses can limit ramp-up training costs for new hires, who historically are not productive during their first months of employment.